This past week I had the opportunity to shoot some interviews for “UFC’s Top 5 Greatest Fights”, an hour long TV show to air Fox Sports 1. The assignment was to light, shoot and record audio of various UFC fighters for the show. I loaded up my gear and headed down to Ultimate Fitness in Sacramento California, home of UFC’s Team Alpha Male. I was given very specific details for the look and framing of the interviews. It was crucial that all the different interviews throughout the show keep a consistent look and feel. After meeting up with Graeme Smith one of the shows producers, I began setting up for the interview in a medium sized conference room. We interviewed bantamweight/featherweight fighter Urijah Faber and featherweight star Chad Mendes, who’s fight is featured on the show.

For the interviews, I shot on a Canon 5dmkiii with a 70-200L 2.8is lens, wide open at f2.8 and at 135mm focal length. This camera/lens combo worked perfect to create very shallow depth of field and keep the background design interesting. For audio, I recorded 2 channels of audio to a Zoom h4n recorder. I put a Sennheiser G3 wireless microphone on the talent and used a me66 Sennheiser shotgun microphone attached to a boom pole on a stand.

Below is a diagram of the interview/lighting setup, screen grabs of the final interviews and the equipment used. 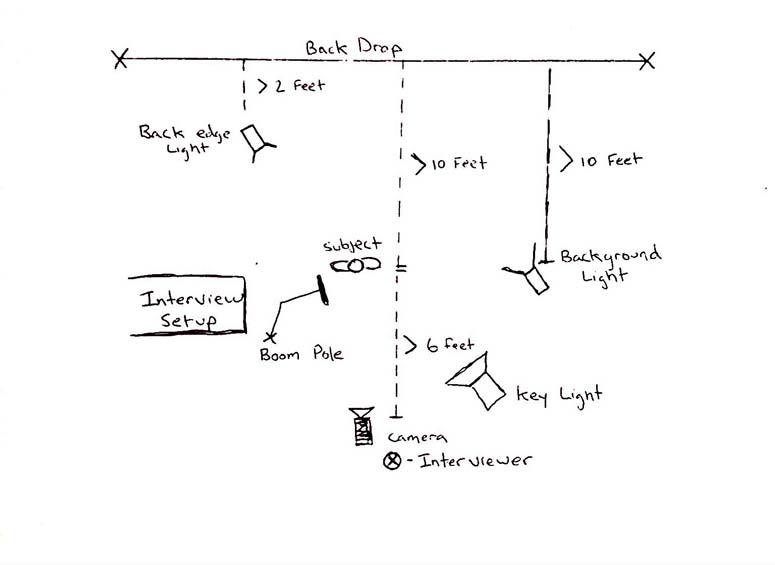 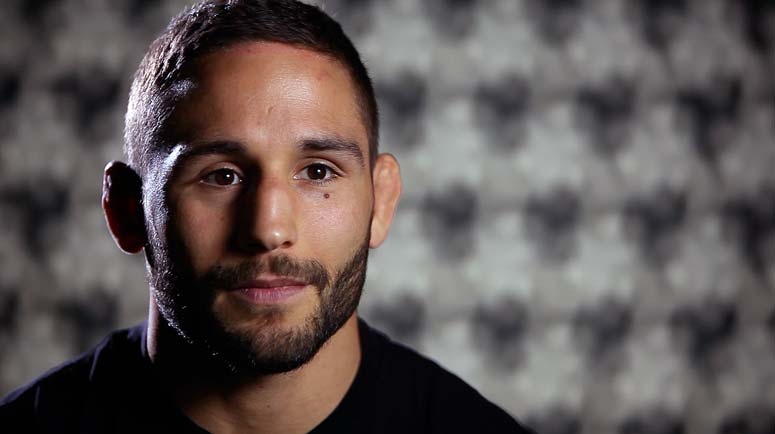 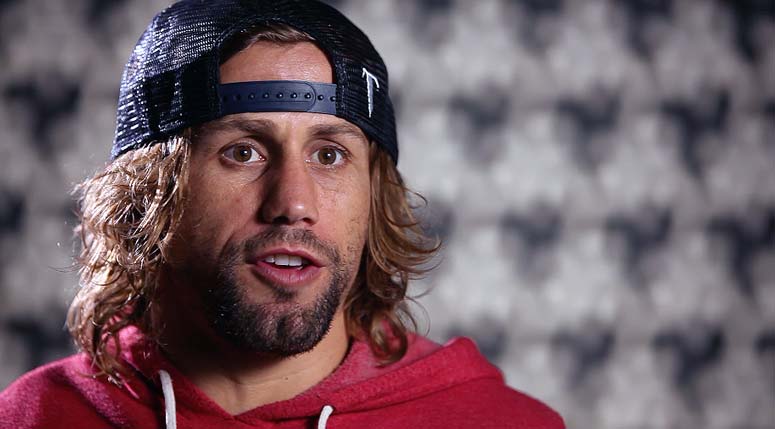 Overall it was a fun shoot with a basic equipment kit and we got some great Content. If you’re a UFC fan be sure to check out the show “UFC Top 5 Fights” on Fox Sports 1. Check out the trailer below.